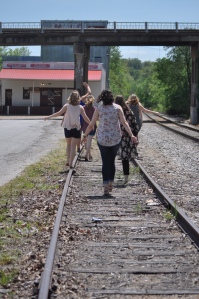 As of this month, December 14th to be exact, I have been writing this blog for three years. So crazy how fast the time as flown! I’d been playing around with the idea of writing a blog for a couple years prior to December of 2014, but fear had always stopped me. Now three years and thirty-six blog posts later, I love seeing my history and God’s love and grace laid out in these blogs. In honor of this anniversary, I decided to highlight some of my favorites. Enjoy the journey down memory lane!

The Elephant in the Room February 2016

Not all those Who Wander are Lost July 2016